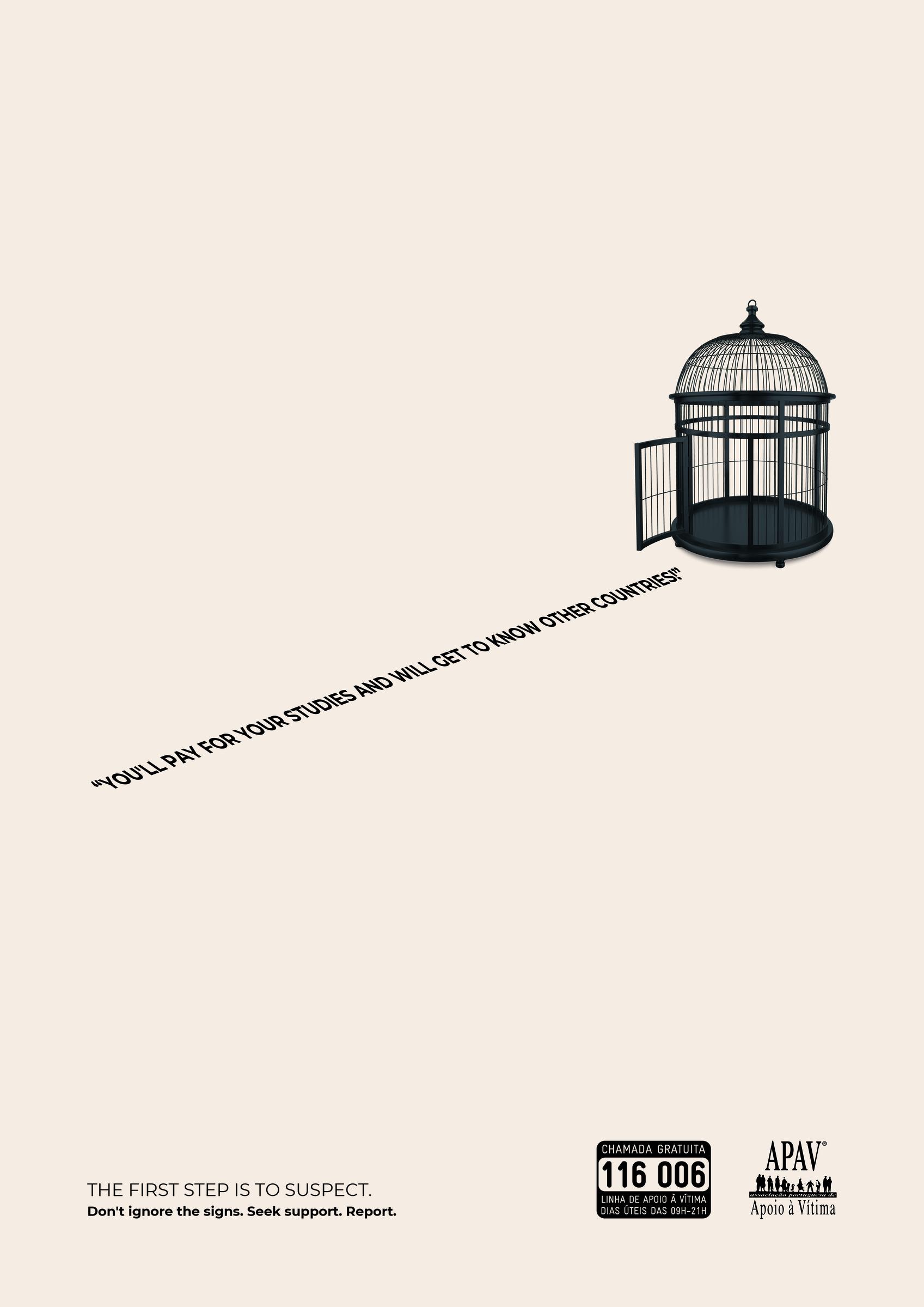 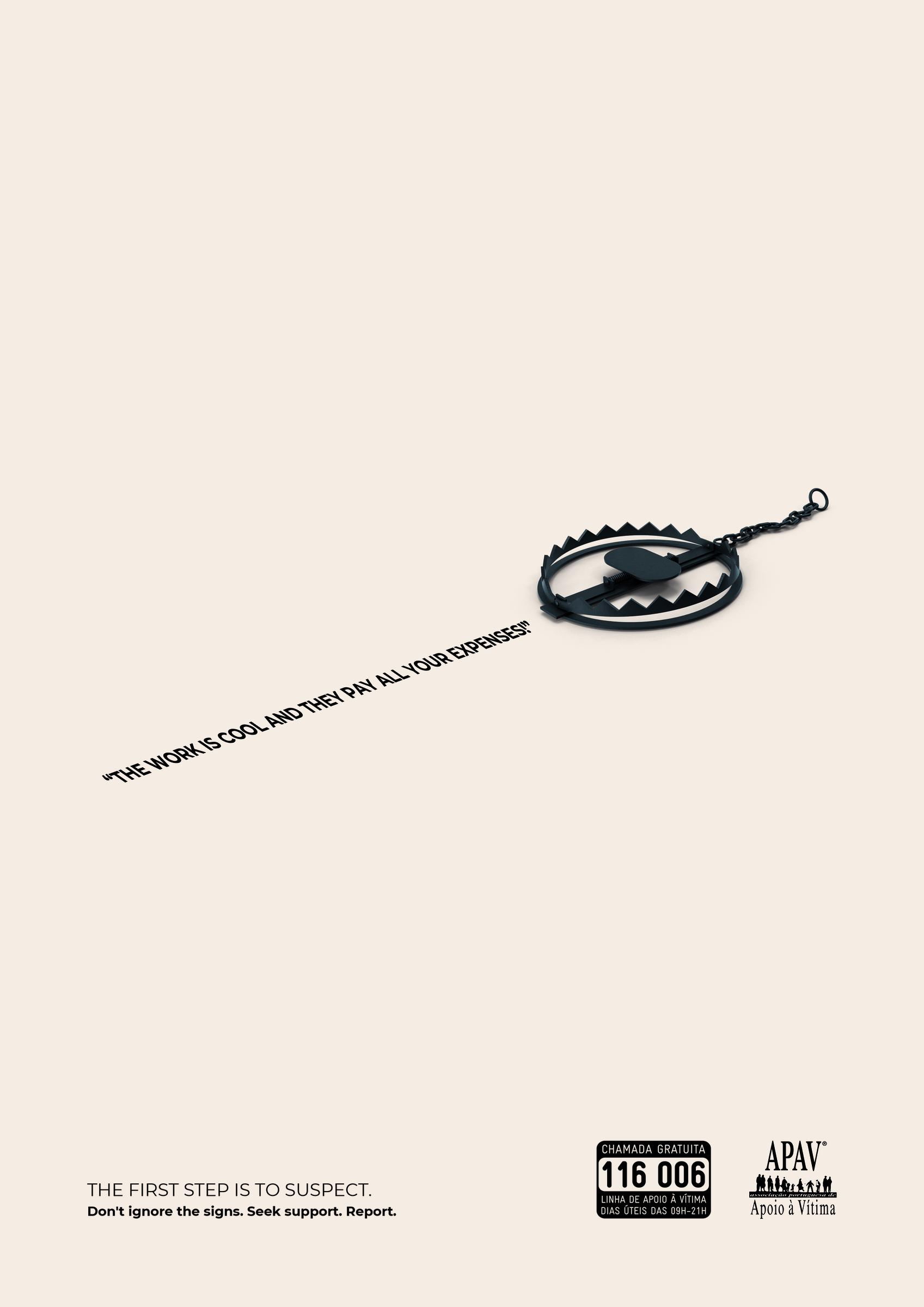 Marking the World Day Against Trafficking in Persons, celebrated on July 30, APAV presents an awareness campaign. In 2019, 86 victims of human trafficking in Portugal were reported, an increase of around 45% compared to 2018. According to the Immigration, Borders and Asylum Report of the Aliens and Borders Service, with regard to the type of exploitation, Portugal, in countercycling with the other European Union countries, continues to signal mostly victims of labor exploitation, coming from third countries. According to article 160 of the Penal Code, the crime of human trafficking is committed by those who deliver, recruit, entice, accept, transport, lodge or welcome a person with the intention of subjecting them to exploitation, namely sexual exploitation, sexual exploitation work, begging, slavery, organ harvesting or the exploitation of other criminal activities, through the use of violence, kidnapping, abuse of authority, taking advantage of the victim's mental incapacity or through another form of deception or coercion. Human trafficking is a very complex crime, as it involves different actions, forms of violence and exploitation, which continues to affect millions of people worldwide and increasingly requires the development and constant updating of effective measures to combat it and the protection of its victims. APAV continues to develop work in the area of ​​intervention with the victims of this crime, through the Center for Reception and Southern Protection (reception unit for women victims of Human Trafficking) and the assistance and support work provided by the Support Network to Migrant and Discrimination Victims (UAVMD). The campaign now presented was developed by Maianga, an advertising, audiovisual and cultural production agency that operates in Angola, Cape Verde, Portugal and Brazil.