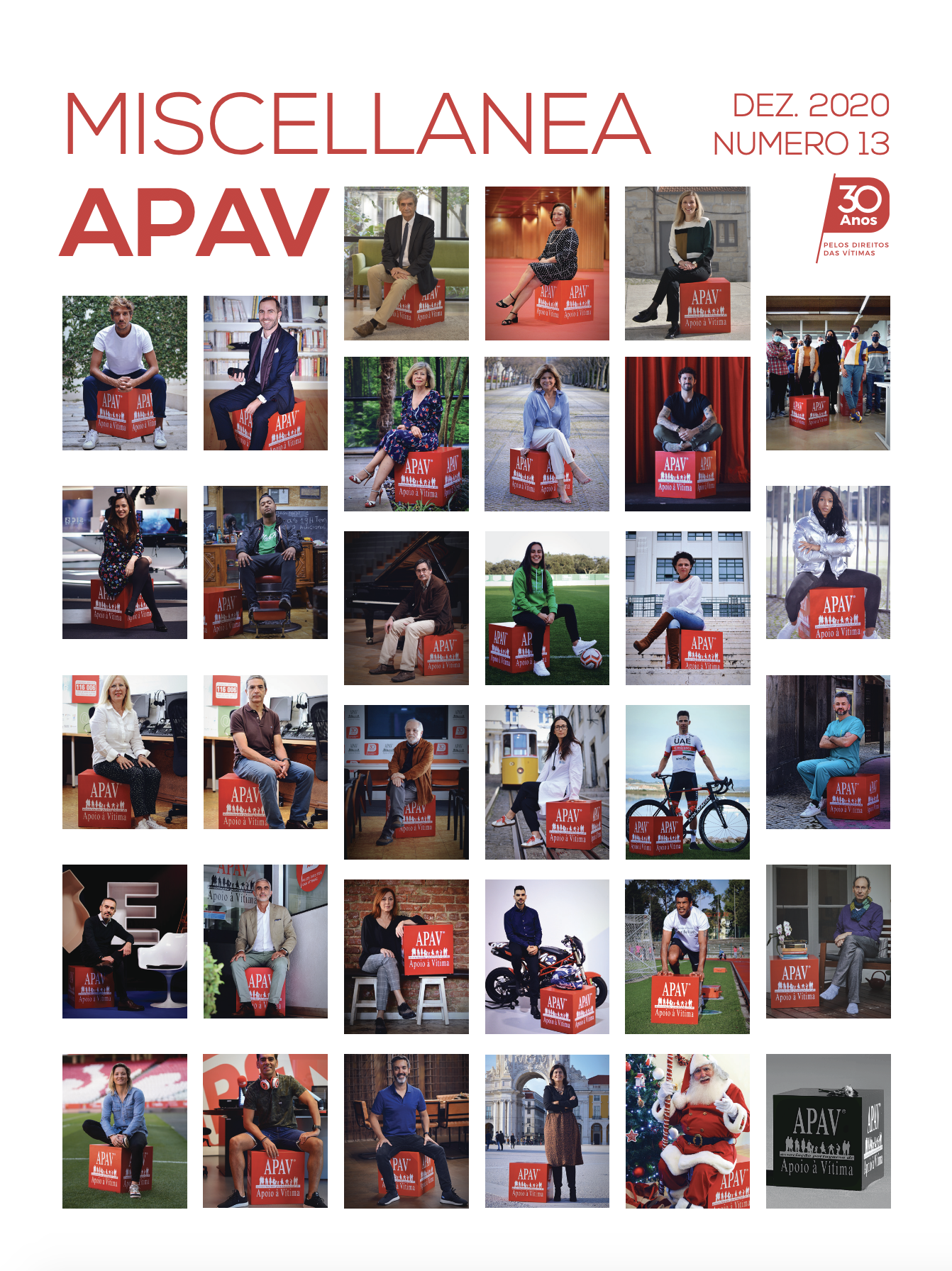 The Portuguese Association for Victim Support presents the number 13 of the Miscellanea APAV. This special edition of the magazine ends the year in which APAV celebrated 30 years. 2020 wasn’t the year of celebrations that we had planned. In fact, it was particularly challenging year.

The photographs in magazine, by Rui Nunes-Costa, are part of APAV campaign, 30 year for Victims Rights. Over the past 12 months, 30 personalities have shared the reasons why they support the APAV and have joined this campaign. All messages show that APAV is an organization of people and for people.

This isn’t an edition to read, but to leaf through, remember and feel. It is, above all, an edition that seeks to honor all and everyone who, more directly or indirectly, has contributed so that APAV can continue to pursue the defense of the rights of victims of crime. Thank you to everyone! 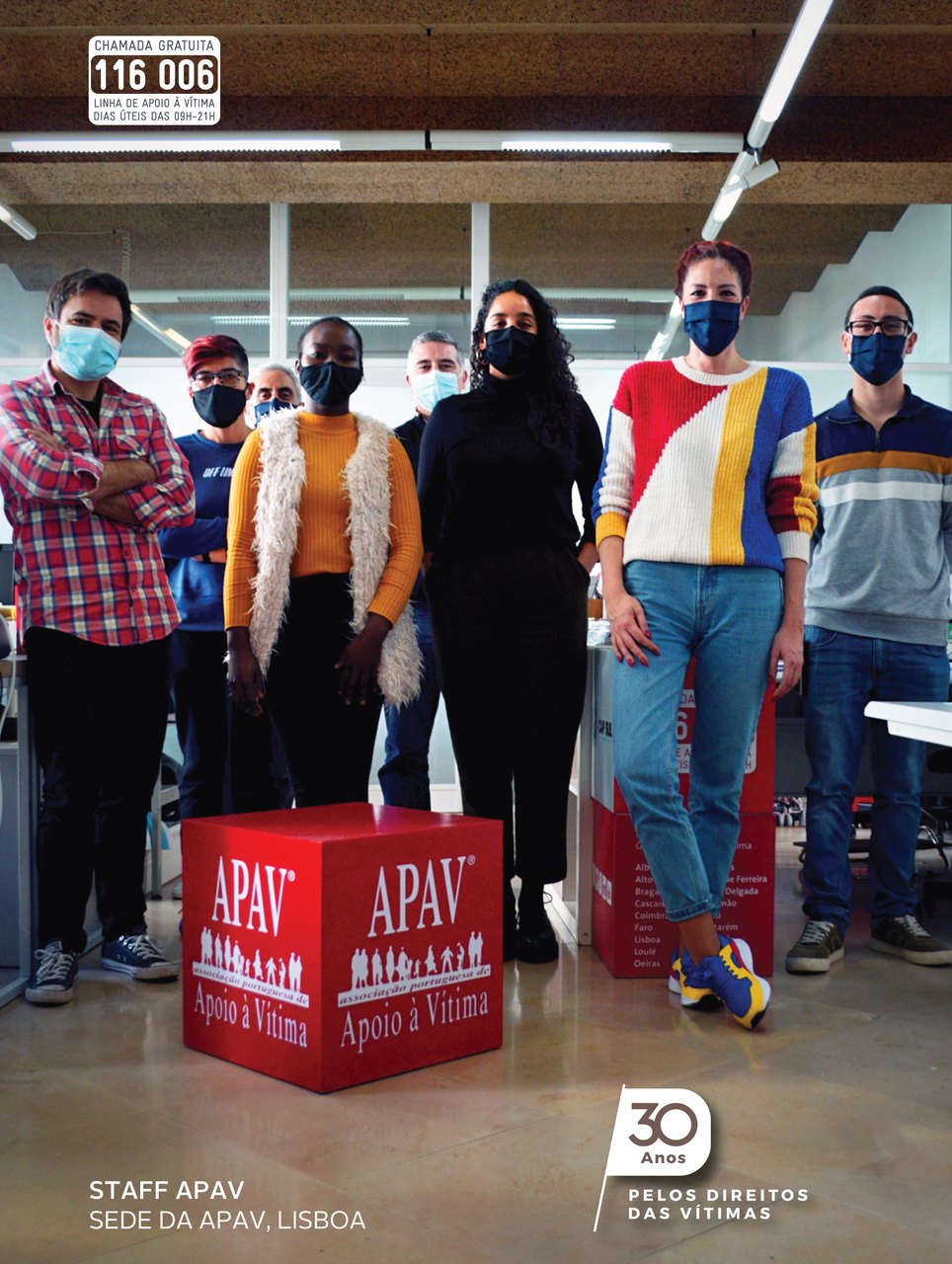 In photography, we bring together just a few of the people who work every day with a common goal: to defend the rights of victims.

We are more than 90 employees, spread over more than 60 proximity services, in different parts of the country, available to provide support.

At APAV, 2020 was the year in which we celebrated 30 years of existence and faced the greatest challenge. For the year 2021, we wish, above all, health and we promise to continue working for in Portugal the status of the victim of crime is fully recognized and valued.

Domestic violence, cybercrime, harassment, hate crimes. In the Year that celebrates 30 years, the Portuguese Association for Victim Support brings together in a book 15 short stories and 15 original illustrations that have as their starting point crimes that often come to them through the voice of the supported victims. The book “À Roda de uma Vontade” came to bookstores on November 13th.

For this project, APAV has the support of Quetzal Editores, which contributes to this cause, inscribing its work in the defense of the values of citizenship and equality in general, and in the idea of a more just and less violent society, in particular.

Participate in this book with their texts and illustrations:

The book is now available in physical and online bookstores. It is now possible to buy the book at Bertrand, FNAC, Almedina, Wook and others. Also available on the Quetzal website.

In this year in which the Portuguese Association for Victim Support celebrates 30 years of existence, the APAV Prize is instituted, which aims to distinguish the individual or collective person(s) that stood out in defense and defense. promoting the Association's purposes, mission and vision.

The APAV 2020 Prize was awarded to psychologist Bruno Brito, distinguishing him for his pioneering character, nationally and internationally, in new and challenging areas of knowledge, enriching the intervention with crime victims, their families and friends.

Bruno Brito collaborated with the most varied national and international entities, as is the case of the Portuguese Psychologists Order, Doctors of the World - having integrated the emergency mission in Sri Lanka and provided psychological support to the entire team of the organization in the emergency mission in Mozambique in 2019, and other governmental and non-governmental entities.

At APAV, Bruno Brito played a role that spanned the various areas of the Association's performance and mission, making a decisive and essential contribution to the continuous improvement of the support provided. 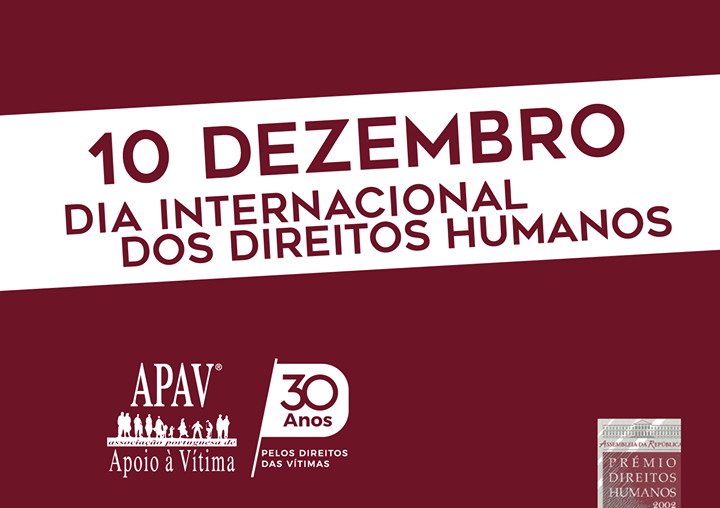