Founded in 1990, APAV is a non-profit and charitable organisation with the primary objective of providing free of charge and confidential support services to victims of crime, their families and friends. With a national coverage, APAV provides information on the rights of victims and the functioning of the criminal justice system, counselling and emotional, legal, psychological and social support. In order to do so APAV has 25 local and specialised services available to victims of all crimes, namely a National Network of 18 Victim Support Offices®; a Victim Support Helpline – 116006; a Network of Shelters for women victims of domestic violence and their children and the Centre for Shelter and Protection SUL for victims of trafficking in human beings; a Specialised Support Network to Families and Friends of Victims of Homicide; the CARE Specialised Support Network for Children and Youth Victims of Sexual Violence and a Support Network to Migrants and Victims of Discrimination.

APAV is an active member of several European and international Forums, like Victim Support Europe, the European Forum for Restorative Justice, the World Society of Victimology, the International Association for Volunteer Effort, the Fundamental Rights Agency Platform and the European Network Against Racism, and has a long standing experience in coordinating and implementing do-financed programs.

The Centre of Investigation on Criminal Law and Criminal Sciences (CIDPCC) of the Faculty of Law of the University of Lisbon was established on March 2012. It was created to promote dialogue and reflection regarding the relations between legal science in the field of criminal law and other areas of knowledge and science. Its main aim is to raise discussion on new issues regarding criminal liability and criminal policy, such as neuroscience, psychology, mathematics, the theory of society, the theory of language and the theory of action. At the same time, the Centre wishes to have a social enrolment, in order to put into practice its scientific conclusions.

The CIDPCC is housed by the Faculty of Law of the University of Lisbon, a Faculty recognized by the quality and merit of its teaching staff, both at degree and post-degree levels.

Every year, both the CIDPCC and the Faculty of Law organize conferences on current issues and legal reforms and they also establish partnerships with other institutions, ensuring the legal education at the Portuguese Military Academy, for example.

Office of the Attorney General (PGR)

Within the national legislative framework, the Public Prosecution Service is provided with powers to carry out the prosecution and, in that capacity, it is equally incumbent upon it to ensure the strict upholding of the law with a view to promoting the rights of victims of all crimes.

This functional role, apart from what is established in the Criminal Procedure Code, further entails a particular attention to what is enshrined in the special law on the protection of victims of domestic violence, in the Standing of Victims of all crimes and in the Witness Protection Law.

In this regard, risk assessment of victims of all crimes, but especially of particularly vulnerable victims, takes on a fundamental importance. Furthermore, victims of crime have the right to information in all of its practical aspects, with emphasis being placed on the implementation of the right to be assisted in every procedural step, including the right to legal advice, through the ex officio appointment of a lawyer.

The Prosecutor General’s Office is deeply interested in the results of the Project PROVICTIMS:, seeing that it shall represent a scientific support underpinned by a joint and diversified analysis encompassing a wide range of expert knowledge where the role of the judiciary, of the academy and of NGOs providing protection to victims stands out, not only from a national perspective, but also and fundamentally that which stems from the participation of partners from other countries.

We are convinced that the results achieved shall bring added value to the difficult task of better protecting all victims of crime.

White Circle Croatia Association was established in April 2011 as a non-governmental, non-profit and non-political organization with residence in Split, Ljudevita Posavskog 14.

The main objective of the association is the protection of victims of criminal offences and delicts with elements of violence regardless of victims’ age and sex.

White Circle Croatia provides victims with legal, psychosocial and emotional support, carries out individual treatments with victims to reduce secondary victimization, educational workshops to empower victims, psychosocial treatment for perpetuators of domestic violence outside of health care institutions, cooperates with institutions with the purpose to improve victim's position and implements projects for preventing violence among children and young people.

White Circle Croatia Association as a provider of assistance to victims of all forms of violence, regardless of gender and age, launched a free SOS line for victims of violence (0800 63 29) with the aim of providing legal aid and psychosocial support to all citizens in the Republic of Croatia.

In its work, the Association engages both professionals and volunteers. Our volunteers are mostly young people with a background in law.

Until now, the Association has cooperated with police, the Municipal and County State Attorney's Office, the Social Welfare Center in Split, Omiš and Zadar, the Criminal and Penalty Court in Split and local government bodies. The Association also cooperates with other civil society organizations and participates in discussions, educational workshops, round tables within the scope of the Association, also analyses normative practice and proposes new normative solutions.

White Circle Croatia is a full member of Victims Support Europe (VSE), which is the European umbrella organization for support victims and witnesses of criminal offenses established in 1990 by national organizations in Europe working with victims.

EMAIL: This email address is being protected from spambots. You need JavaScript enabled to view it.

The Irish Council for Civil Liberties (ICCL) is an independent national human rights organisation, established in 1976, which campaigns for the advancement of human rights across a wide range of policy areas, including justice, equality and privacy. The protection of human rights in the criminal justice system is a primary focus of ICCL’s work, and over recent years we have been involved in a number of major European projects connected to the implementation of EU Procedural Rights Directives. We have also led an education and training project around the implementation of the Victims' Directive in Irish law through the Criminal Justice (Victims of Crime) Act 2017.

The IRSE is an entity that works in the social field from a restorative perspective since 1987, developing various services and public programs in the Autonomous Community of the Basque Country. 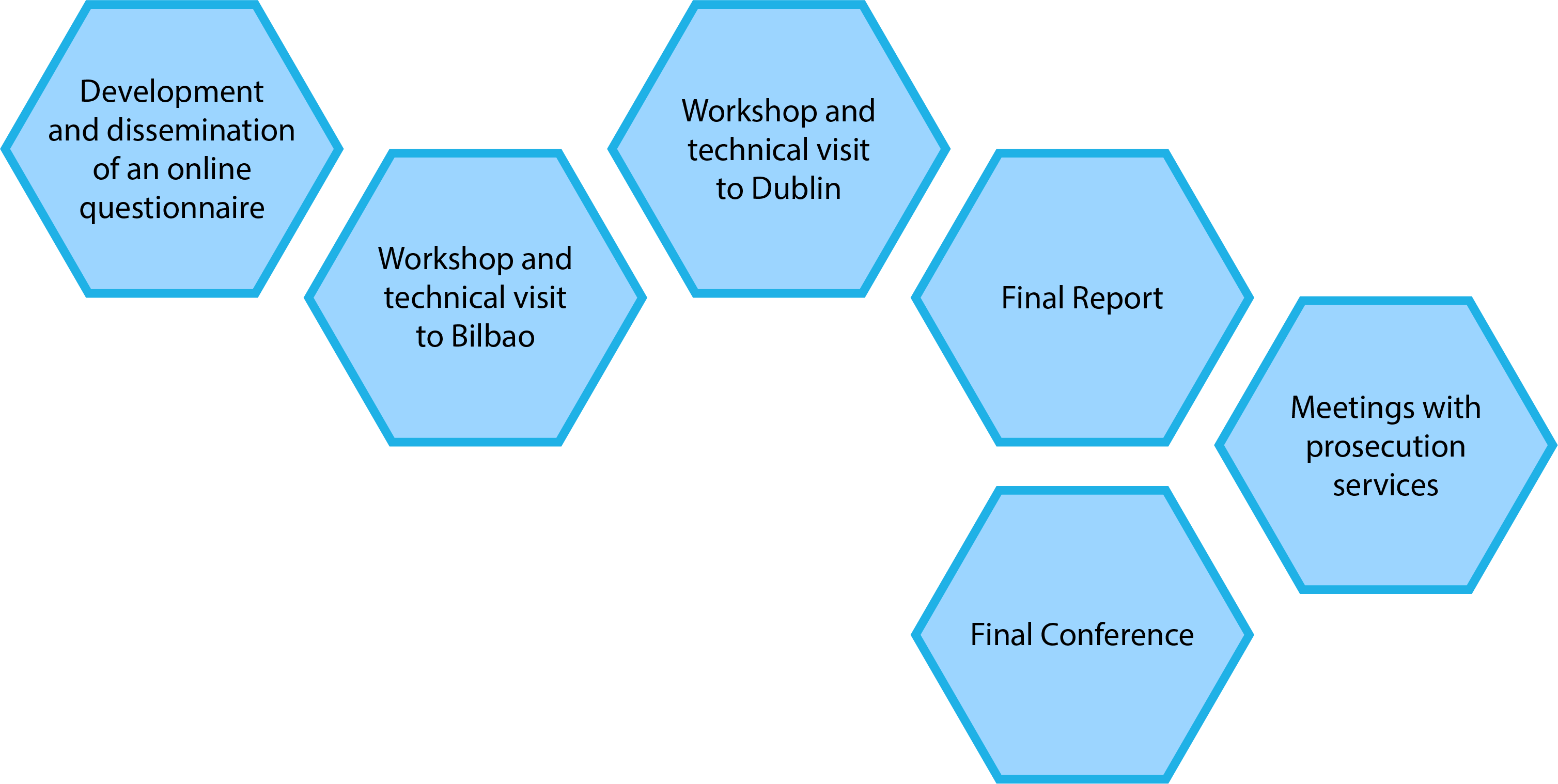 If you wish to know more about the Project click on the buttons above or contact the Project Team via email to This email address is being protected from spambots. You need JavaScript enabled to view it.

The content of this page represents the views of the author only and is its sole responsibility. The European Commission does not accept any responsibility for use that may be made of the information it contains.