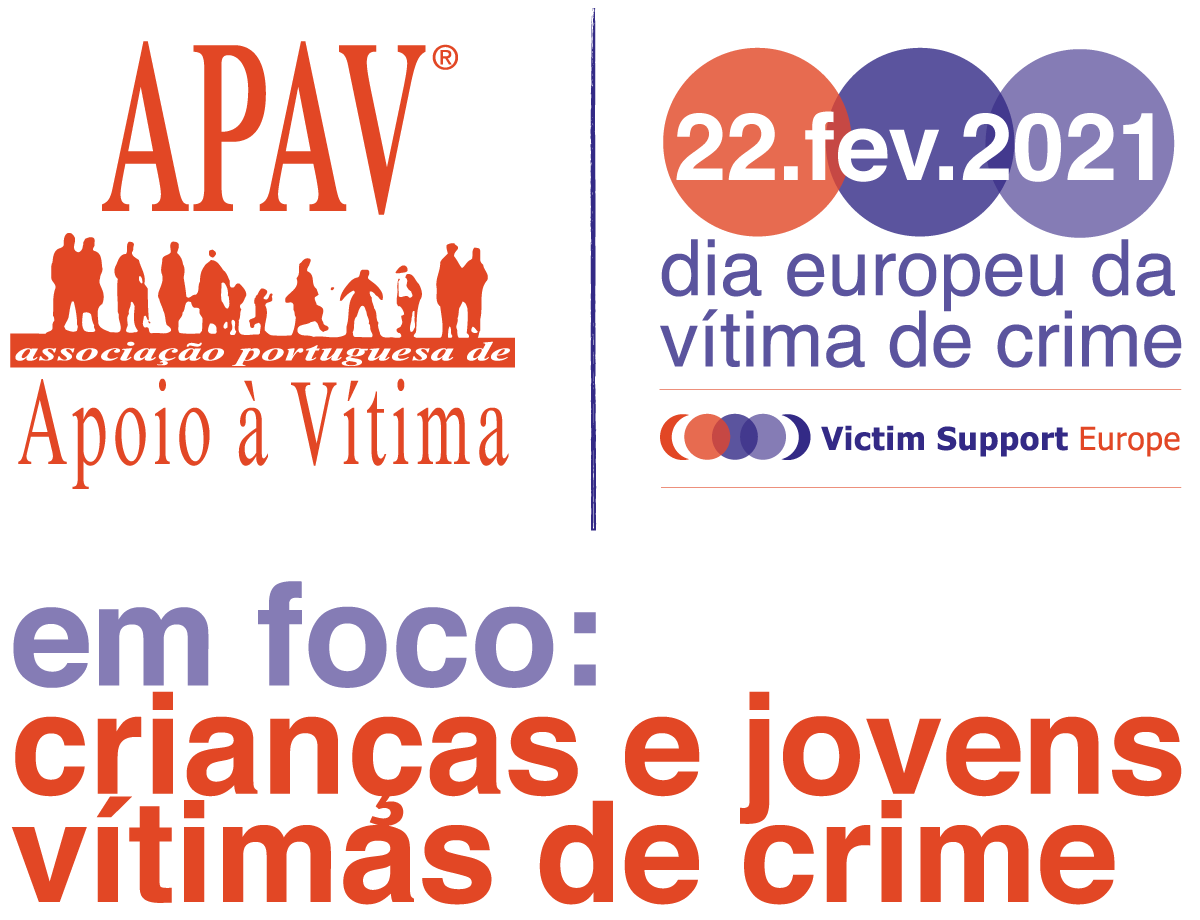 APAV celebrates the European Day for Victims of Crime, highlighting the importance of supporting children and young people victims of crime and violence. Tomorrow, February 23, at 10 am, on APAV's YouTube, we present the Hora de SER Prevention Program - Sensitize and Educate for Relationships and highlight the SER Plus Project. APAV also joins Victim Support Europe in launching the campaigns "You may not believe it, but it exists" and "Reclaim Your Safety".

Today, February 22, marks the European Day for the Victim of Crime. This anniversary was instituted by Victim Support Europe (VSE), an organization that brings together 61 victim support institutions from 31 European countries, to remember the rights of victims of crime. The Portuguese Association for Victim Support was one of the founding members of the VSE and currently the presidency is held by João Lázaro, also President of APAV.

Among the objectives that are part of APAV's mission, stands out the investment in the protection and recognition of specific rights, needs and interests of victims of crime and, in particular, of particularly vulnerable victims.

Children and young people represent, by your age,the greatest difficulty in asserting your rights and the lesser capacity or autonomy to report and / or seek help, a group particularly vulnerable to victimization. For this reason, APAV has consistently acted in the promotion and protection of its rights.

Focus: Support for children and youth victims of crime and / or violence

APAV develops a network with governmental and civil society organizations, through the celebration of formal protocols and the creation of interinstitutional bridges which aim to streamline, in an articulated way, the support and the exercise of the rights of children and young victims of crime and violence.

Among the 68 services, which currently embody APAV's main mission, children and young people continue to deserve particular attention, regardless of the violent phenomenon they were targeted.

In addition to being able to benefit from non-face-to-face support, through the Integrated Distance Support Service, children and young people will be able to go to one of the Victim Support Offices, Mobile Victim Support Teams or Roaming Assistance Poles.In the event of a situation of Domestic Violence or Human Trafficking, children and young people may be welcomed together with their mothers, in one of the two Shelter Houses or in the APAV Shelter and Protection Center.

We also highlight the contribution of the Internet Safe Line (800 219 090), a service that provides telephone or online support, anonymously and confidentially, on issues related to the use of online platforms and technologies.

APAV has maintained a constant presence in learning contexts, from pre-school to secondary education. In 2019, approximately 30,000 children and young people were involved in awareness and information actions. The most requested topics by schools have been bullying, cybercrime, domestic violence, dating violence and sexual violence.

It has also made efforts to develop specific technological resources to inform children and young people, as is the case with the websites apavparajovens.pt, and abcjustica.pt.

Presentation of the SER Plus Project

With a more specific focus on preventing violence through the promotion of positive relationships, a call to the Prevention Program 'Hora de Ser' - Sensitize and Educate for Relationships, aimed at children between 6 and 10 years old. The presentation of this program and its resources will be highlighted in the Commemorative Event of the SER Plus Project, on February 23, starting at 10 am, on APAV's Youtubee Facebook channel.

"You won't believe it, but it exists"

Victim Support Europe also announces the launch of the “You won’t believe, but it exists” campaign. Conducted with 14 partners across 13 different countries, the campaign intends to inform general public of the existence of victim support services and to encourage victims to reach out these services. The campaign will deliver tailored information about the support services to the estimated more than 9 million of victims of crimes in the 13 countries. Animation speed-paintings, videos and other information materials (billboards, posters, brochures, stickers, etc.) will be rolled out in social media and offline from 22 of February till the end of 2021 under the hashtag #itexists.

APAV joins Victim Support Europe launching the “Promoting Rights of European Victims” (PREVICT) campaign. Conducted with 8 partners across 6 different countries, the campaign intends to inform general public of the existence of victim support services and to encourage victims to reach out these services. The campaign will deliver tailored information about the support services to the estimated more than 4,5 million of victims of crimes in the six countries. Videos and other information materials (billboards, posters, brochures, stickers, etc.) will be rolled out in social media and offline from February till May 2021 under the hashtags #ReclaimYourSafety and #TogetherWeCan. 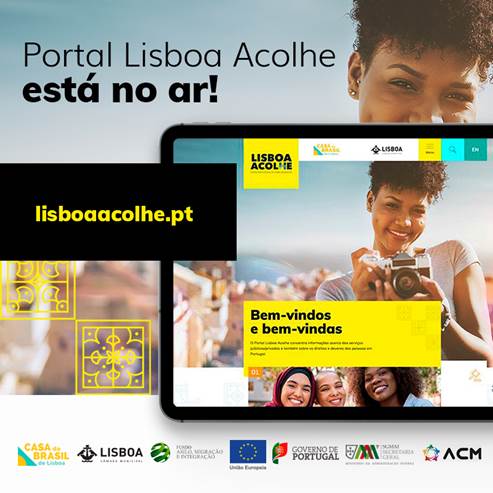 You can now access the Lisboa Acolhe Portal, a project that aims to facilitate access to information for immigrant people and contribute to knowledge about their rights, thus increasing equal opportunities.

The portal shares useful information on health, housing, regularization, gender equality, discrimination and other topics that are fundamental for migrant people who live or want to live in Lisbon.

The project was developed by Casa do Brasil in Lisbon, under the II Municipal Plan for the Integration of Migrants of Lisbon (2018-2020).

APAV has partnered and maintains its collaboration with this dynamic platform, providing its specialized support services to all migrant people who are victims of crime and violence.

If you are a migrant and have been a victim of crime, contact the Support Unit for Migrant Victims and Discrimination | 21 358 79 14.

The Portuguese Victim Support Association joins the international campaign #StopChildAbuse. This campaign was promoted as part of the 4NSEEK project - orensic Against Sexual Exploitation of Children, with financial support from the Internal Security Fund.

Online child sexual abuse and exploitation is a reality. It can be difficult to accept, but any child can be a victim in any of its multiple forms. Therefore, the family involvement, school and society as a whole fundamental to undestand, prevent, reduce and deal with that kind of risk.

More information about the campaign:

Victim Support Europe launches today the campaign "You won't believe it, but it exists" and APAV joins its launch. Conducted with 14 partners across 13 different countries, the campaign intends to inform general public of the existence of victim support services and to encourage victims to reach out these services.

The campaign will deliver tailored information about the support services to the estimated more than 9 million of victims of crimes in the 13 countries. Animation speed-paintings, videos and other information materials (billboards, posters, brochures, stickers, etc.) will be rolled out in social media and offline from 22 of February till the end of 2021 under the hashtag #itexists. 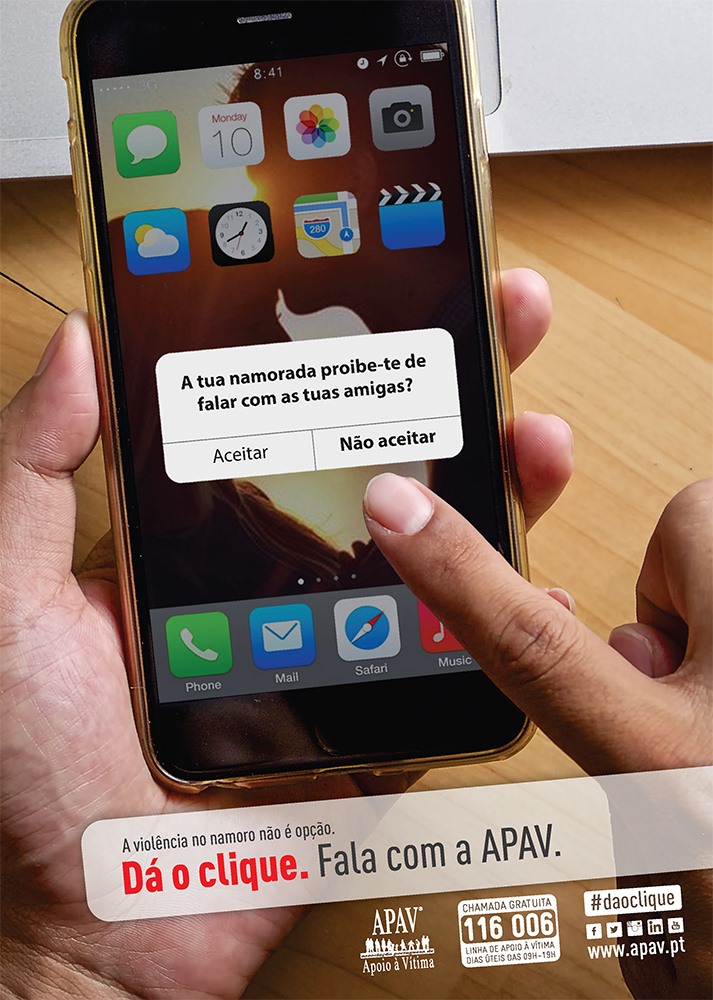 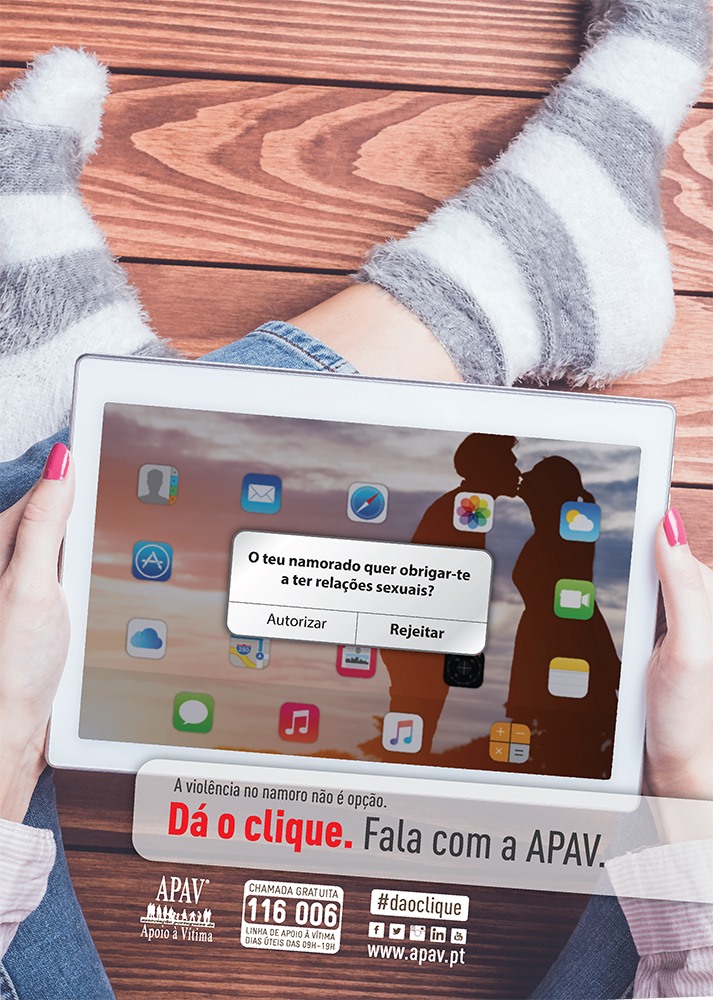 On Valentine’s Day which is celebrated this Sunday, February 14, The Portuguese Victim Support Association resume the “Dá o clique” Campaign, which aims to expose sensitive young people to dating violence.

Violence in intimate relationships isn’t an exclusive phenomen of relations between adults and national and international studies can be found that reveal this is also one problem in relationships between young people.

A study carried out in Portugal, with 4500 young people aged between 13 and 29 years old, found that 1 in 4 young people reported having been victims of some type of abusive behavior by their boyfriend / girlfriend.

APAV works with issues related to dating violence through direct support, awareness and training actions and comunicacions that aims to reach where young people are - The Internet.

Police authorities, schools, health centers and/or hospitals and support structures, in which APAV is included, are entities that can support and inform the victims, your families and friends.

As an institution that supports victims off all types of crime, your families and friends, APAV is available to support through the Victim Support Line - 116 006 (free call), Messenger (Facebook), Videocall (Skype:apav_lav) and through a national network of Victim Support Offices.