Of the three main parties in the justice system – the state, the offender and the vistim – the victim's position was, and is, the most fragile. Although Portuguese legislation  confers a unique legal status to the vixtim, there has not always been an organisation aimed at supporting  victims of crime, their family and friends.

In the early 80’s, many countries began to debate the issues surrounding victim support – the position of victims in law, the provision of support to victims, and, the ethical problems that victims face. These issues are obviously different from country to country, and the options in terms of public or private services are different too, but the moral imperative to provide support to victims of crime is the same, and depends on some basic principles:

» support to victims of crime is necessary for the balance of the community and for social cohesion;

» each victim must be treated individually, since individuals reactions to crime can vary greatly and are highly personal;

» services must be free;

» access to services must be ruled by the equality principle, with no opportunity for any kind of discrimination.

Based on these principles, several international organisations – the UN General Assembly, the Council of Europe – have created legal measures to ensure the fundamental right and needs of victims are.

It is in context of a growing awareness of the rights of crime victims that APAV, the Portuguese Association for Victim Support was created by 27 members on 25 June, 1990. 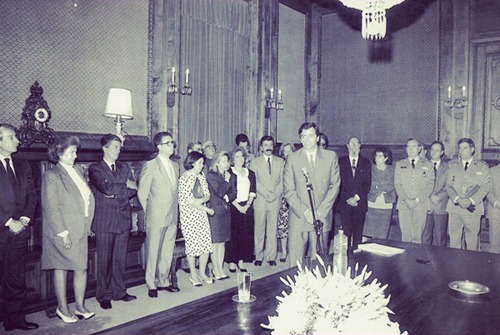 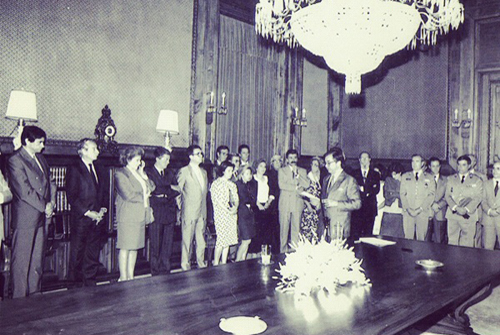 Founded in June of 1990, the Portuguese Association for Victim Support (APAV) is a non-profit and voluntary-based organisation whose mission is to provide personalised and professional support to victims of crimes, confidentially and free of charge. Between 1990 and 1994, APAV operated  under the direction of a founding Commission. This changes in 1994 when the first elections over the constitution of APAV's governning bodies were held. During this initial period APAV worked towards two mains goals - the creation and maintenance of a small network of Victim Support Offices, backed by volunteers, and fostering co-operation with existing public and private institutions.

In 1998, after eight years of existence and having fulfilled its initial goals, APAV reached,  the maturity stage in its development where the main goals could be consolidated. During this stage a second set of elections were held, and a protocol was signed with the Ministries of Internal Administration, Labour and Solidarity, and Justice.

In order to meet demand and react to a changing environment, there was a need for APAV to adjust so that the statutory goals of the Association could be guaranteed and new development strategies planned.

The Strategic Plan is document that became central to the Association’s development, identifying the major goals to be achieved within a timeframe of 3-5 years. The goals highlighted were developed according to annual Activity Plans consistent with the longer term goal. The Strategic Plan proved to be a valuable management, marketing and political tool.

The 1st Protocol with the Government of the Portuguese Republic expired in 2002 aflter five years. It was not immediately renewed and this led a financial crisis for APAV in the years of 2003 and 2004.

More than two years after it expired, the process for renewing the Protocol was re-initiated. A second Protocol with  the Ministries of Internal Administration, Labour and Solidarity, and Justice was signed on December 19th 2005, for the calendar years 2005, 2006 and 2007.

The main theme of these years has been an expansion of APAV's activities. Always working towards its ultimate aim – the support of victims of crime – APAV has positioned itself on several fronts, developing, a wide network of partnerships and a number of new initiatives.

Within the limits set by its present structure, APAV performs a number of different roles, for example:

1.    training its staff (professional and volunteers) as well as experts from other institutions, in such a way that ensures a more effictive service for victims;

3.    providing accommodation for women and children who are victims of violence;

7.    monitoring the quality of services provided;

8.    an investment in technology for information and communication;

9.    seeking new methods to prevent victimhood and violence, especially with children and adolescents;

10.  other activities and projects.