Victim Support Europe is the new name of the European Forum for Victim Services,  which was founded in 1989 by several victim support services in Europe. VS Europe has  consultant status with the Council  of Europe and the United Nations.

It has the following goals:

» to foster and promote the development of victim support services throughout Europe;

» to promote payment of fair compensation to victims, regardless of their nationality;

» to promote the rights of victims of crime in Europe both in legal proceedings and  in their treatment by olther institutions;

»  to promote the exchange of experience and knowledge among its members, sharing expertise and  best practice in victim support services.

APAV was a founding member of the European Forum for Victim Services and has always played an active role in its life and activities. Cooperation is encouraged throught annual conferences in which issues around victim support are discussed together with new develops and initiatives in member countries.

APAV is currently a member of the managing commitee of Victim Support Europe.

VS Europe has published many important documents relating to victim support and the rights of victims of crime:

» Rights of Victims in Criminal Procedure (1996) which influenced the Framework Decision on the Standing of Victims of Crime. This paper – also known as "the Charter of Lisbon" – was approved in 1995 during the Forum’s Annual Conference in Lisbon.

» European Manifesto for Victims of Crime

In 1990 in Stockholm, Sweden, Victim Support Europe declared 22 February to be the European Day for Victims of Crime.

The European Forum for Restorative Justice, founded in December 2000, was born to respond to the need felt throughout Europe that knowledge and experience of restourative justice practices should be shared between technicians, researchers and politicians working in the area.

The Forum, of which APAV is a founding member, aims to promote the development of victim-offender mediation and other restorative justice practices in Europe, in particular through:

» promoting the exchange of information, knowledge and mutual cooperation;

» promoting the effective development of policies, services and legislation on restorative justice;

» promoting research in to the theoretical basis of restorative justice;

APAV was the only victim support organisation to be a Founding Member of this Forum for mediation and restorative justice. APAV has always played a very active role in its life and activities, especially in its Management and in its Information Committee.

The forum holds an annual general assembly in which members present the latest developments  in their respective countries and discuss general guidelines for the activities of the Forum. There are six sub-committees which work in the areas of information, communication, training, research, finance and publishing.

The Forum publishes a quarterly bulletin  with news of each country and organisation. It holds conferences and has developed several European projects on restorative justice and its practices.

APAV is also a member of the World Society of Victimology, founded with the following purposes. To foster the development of research on victims and victim support. To  promote the interests of victims of crime throughout the world. To encourag the creation of multi-disciplinary and comparative studies in the field of victimology. And to develop coorperation among organisations groups and individuals which deal with victim support at an international, national, regional and local level.

The International Association for Volunteer Effort (IAVE) was established in 1970 by a group of volunteers from around the world, who believed in volunteering as a preferred means of developing partnerships between different countries and cultures.

Over the years IAVE has become a global network with members in 70 countries. The network brings together volunteers, volunteer based organisations, national representatives and volunteer centres.

European Network Against Racism is an European network of NGOs that works in the area of the fight against racism in every European Union member-state, and which represents over 600 organisations. The goal of ENAR is fighting against racism, racial discrimination, xenophobia and race intolerance, with the objective of promoting equality of treatment between citizens of the EU and of third countries, and link local/regional/national initiatives with initiatives from the European Union.

At the European level, ENAR has the following objectives:
• Be the voice of the anti-racist movement and develop positions on EU policies concerning the fight against racism and discrimination;
• Develop documents concerning policy measures and recommendations related to EU legislation and initiatives;
• Develop colective actions of lobbying;
• Establish advocacy coalitions and partnerships with other European networks and organisations.

At the national level, ENAR has the following objectives:
• Gather its member organisations in order to share, exchange ideas and good practices;
• Inform its members on the progress of EU policies;
• Encourage dialogue between civil sociedty and the States in what concerns the European political for the fight against racism and discrimination and its consequences at the national level;
• Increase the capacity of ENAR's members to present their objectives for the national policies.

ENAR was one of the greatest results of the European Year Against Racism, in 1997. Between March and September of 1998, more than 600 NGOs participated in European and national meetings in order to discuss the validity of an organisation such as ENAR. The Constitutive Conference of the European Network Against Racism in 1998 gathered more than 200 representatives of several organisations in order to draft a common action programme.

The establishment of ENAR has in its core the recognition of the European dimension of the fight against racism. Anti-racist NGOs feel that they have a much to gain from this network in its quality as a forum of information exchange and of influence of policies at the European and national level.

The work of PICUM also comprehends:

»Awareness-raising through research and analysis to better inform policy makers of living and working conditions of undocumented migrants and to promote recognition of the urgent need to protect their fundamental rights.

»Global action in order to provide local experts that works with undocumented migrants with a voice in international migration and on human rights.

PICUM currently have over 150 individual members and 149 member organizations from 38 countries (22 Member States of the EU), besides many volunteers. APAV became a member of PICUM on 2012, with the purpose to actively participate in the platform and to develop know-how of the situation of undocumented migrants in Portugal.

The Global Alliance Against Traffic in Women (GAATW) was founded in 1994 at a conference in Chiang Mai, Thailand, where participants were concerned about the contemporary discourse and activism around trafficking in women. The Alliance was born of a collective decision to understand the elements of trafficking from a human rights perspective, in order to improve the lives of trafficked women. Over the next 10 years GAATW made significant contributions to the anti-trafficking movement and it was the first to conceptualise trafficking as both a consequence and cause of human rights violations.

Today, GAATW gathers non-governmental institutions based in different countries and promotes rights of women migrant workers and trafficked persons and believes that ensuring safe migration and fair work places should be at the core of all anti-trafficking efforts. GAATW advocates for living and working conditions that provide women with more alternatives in their countries of origin, and to develop and disseminate information to women about migration, working conditions and their rights.

GAATW also advocates for the incorporation of Human Rights Standards in all anti-trafficking initiatives, including in the implementation of the Trafficking Protocol, Supplementary to the UN Convention on Transnational Organized Crime (2000). GAATW strives to promote and share good practices of anti-trafficking initiatives but also to critique practices and policies that are having a negative impact or are causing harm to trafficked persons, migrants, and other communities. 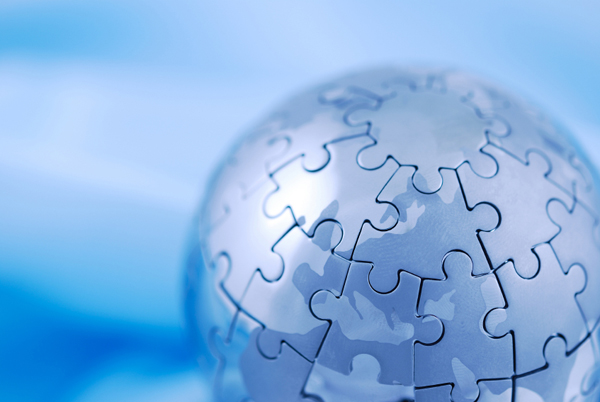