Restorative justice is a relatively recent strand in the areas of victimology and criminology. It emerged in the mid 1970s in association with the declared failure of retributive justice, which was unable to provide adequate response to crime and to the specific problems of victims and offenders.

The traditional criminal justice system conceives and views crime – the criminal act – as a conflict between the State (or the formal system of criminal justice) and the offender – the author of the crime. It has a retributive nature in so much as its response is centred in the criminal act and is based on a legalistic and guarantee-based approach. Nowadays no one doubts that this system is far from perfect, as indicated by a series of elements that evidence that crisis: the unclear purpose of punishment (rehabilitate and promote a change in the behaviour of the offender? To isolate, at least temporarily, the offender from society to protect the latter?), the inefficiency of increased sentences, the astronomic costs of the judicial machinery and, particularly, of the prison system, the high levels of recidivism and the scarce involvement of the victims.

Considering this failure of the current criminal justice system, with particularly visible consequences at the level of a rising feeling of insecurity – boosted by the media’s projection of high profile cases, daily reported by radio, TV and newspapers, two alternative solutions can be abstractly envisaged: “more of the same”, i.e., the current system will be provided with more human and material resources, thus increasing the number of courts, magistrates, prisons and, eventually, sentences; or new models and ideas are investigated to deal with criminality. Restorative justice is part of the second solution.

In the literature there are countless and not always coinciding definitions of Restorative Justice. The two most cited and consensual definitions are:

“[A] process whereby all the parties with a stake in a particular offense come together to resolve collectively how to deal with the aftermath of the offense and its implications for the future.” (Marshall, 1997)

“[P]rocess in which the victim, the offender and/or any other individuals or community members affected by a crime actively participate together in the resolution of matters arising from the crime, often with the help of a fair and impartial third party”. (United Nations Draft Declaration of Basic Principles on the Use of Restorative Justice Programmes in Criminal Matters). 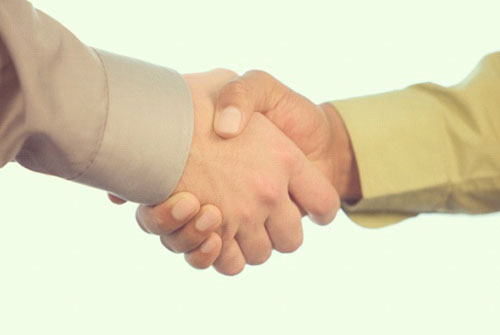 Restorative justice is a different way for all of us, as victims, offenders, police and legal authorities and community in general, to respond to crime. It is a new way of thinking that views crime not merely as a violation of the law, but as a cause of damage to victims, to the community and, even, to the offenders themselves. It is focused on the active participation of victims, offenders and communities, often through meetings, in an effort to identify the injustice that took place, the resulting harm, and the necessary steps to accomplish reparation and the future actions that may reduce the possibility of the occurrence of new crimes.

In general there are three fundamental elements in the concept of Restorative Justice:

» the social element – crime is viewed not as a mere violation of the law but, above all, as a disturbance, a dysfunction of human relationships. This perspective implies a change of paradigm: it is the redefinition of the concept of crime, which is thus viewed as an act of a person against another, violating a relationship in a community, instead of an act against the State. The onus is placed in the anti-social behaviour and in the breach caused in the community relationships;

» the participatory or democratic element – this element is the corner stone of the concept: one can only talk about restorative justice if there is an active involvement of victims, offenders, and, even, the community, who become “main characters” in these type of procedures;

» the reparative element – restorative processes are guided towards the reparation of the victim: the aims is that the offender repairs the harm he/she caused, and because offender and victim are both involved in the procedure this allows meeting the real and concrete needs of the victim.

By promoting the active participation of victims, offenders and the communities, the main advantages of restorative justice are: to allow victims to express the feelings they experienced, the consequences of the crime and the needs to be fulfilled to overcome the effects of the crime; to provide offenders with the possibility to understand in practice the impact of their actions in the victim, to take responsibility for their actions, to repair in some way the harm caused; and to enable communities recover their “social peace”. The benefits of Restorative Justice mentioned in the legal literature are described below.

Victims of crime have an opportunity to:

» confront the offender with the impact the crime them, expressing their feelings, the way in which their life was affected by the crime, their emotions and needs;

» find out what the offender is like - “know his/her face”;

» ask questions (through the mediator or directly) that only the offender can answer: Why did he/she do it? Why to me? Is there anything that I did to cause the crime? etc.;

» overcome your fear of the offender: Will he/she come back? Am I in danger?;

» receive an apology and witness their repentance;

» greatly increase the chance of receiving a fair compensation from the offender for endured material and non material damages;

» participate more actively in a proposal for solving the case;

»avoid the long legal process, as well as frequent visits to Court, with their consequent revictimization effect;

» obtain closure, which can be helpful to bring peace of mind.

The authors of the crime (the offenders) have an opportunity to:

» take responsibility for their acts;

» explain why they committed the crime;

» become aware of the effects of the crime and understand the real human consequences of their behaviour, which will more easily lead to their true repentance;

» offer the victim a fair restitution/restoration for the harm caused;

» act in the future following the acquired experience and knowledge;

» increase the level of self-knowledge and self-esteem;

» promote their social reinsertion – rehabilitating the offender in the eyes of the victim and of society and contributing for the reduction of recidivism.

The community experiences the following positive effects of restorative justice:

» increase the citizens’ experience of justice, allowing their participation in the resolution of the conflicts present in the community;

» reduce the impact of incarceration on the community –offenders who return to the community have received an education in crime while in prison;

» general and special prevention – contribution to the reduction of recidivism.

Restorative justice benefits the traditional criminal justice system and the administration of justice as follows:

» contributes to the tailoring of juridical-legal responses and reactions in accordance with the characteristics of each case;

» increases the citizens’ experience and satisfaction with the justice system;

» contributes to the improvement of the citizens' image and perception of justice;

» improves the processing of offences in a quick, flexible and participatory way;

» contributes to the prevention of litigation;

» can contribute to reducing the number of processes in the traditional criminal justice system, making it possible to concentrate efforts and resources in more demanding criminal areas;

» reduces the cost of the judicial machinery;

» reduces the cost of incarceration.

Restorative justice has been practiced using different models that, although underpinned by the previously described principles, values and characteristics, are, to some extent, distinct – and these differences emanate from their cultural origins. The most used model in Europe is the victim-offender mediation.