The Child Protection Act (LTE) explicitly provides for the use of victim offender mediation  in cases where the offender is aged between 12 and 16 years old these measures can be extended to offenders up to 21 years old).

The Act stipulates the use of mediation primarily in cases involving young offenders, since its aim is not retribution for the offence, but education of young people.

The is educational process occurs in two stages:

» the inquiry stage chaired by the Public Prosecutor seeks to establish the fact that the crime really took place, that the minor performed it and that there is at need to educate minor. This stage ends with the filing a request to open the judicial stage;

» the judicial stage presided by the judge to verify the judicial facts of the case and assesses the various judicial remedies which can be imposed on the offender.

Among the possible judicial remedies, special attention must be paid to those that directly target redressing the damages caused:

» compensation to the victim (an apology, financial compensation, activities which can restore the economic damage caused by the offender);

» economic provisions (for example requiring the offender to participate in unpaid work to the benefit of the victim);

The use of mediation is up the discretion of the judiciary authority – the prosecutor or judge - even if it is first proposed by the minor, his/her parents or his/her legal representative.

As such the judicial authority is the gatekeeper of the mediation process,  but its envolvement stops there. Another body is responsible for its implementation - the General Directorate of Social Reintegration (DGRS). This is an auxiliary branch of the Ministry of Justice whose objectives are to reintegrate offenders oversee the jurisdiction of minors, and recognise the potential using mediation, both for the purposes of the Child Protection Act and in order to resolve conflicts in a way  consistent with the Principle of Minimal Intervention – a principle which lies at the heart of the Act. In the absence of any other mediation procedures, the DGRS decided in 2002 to create the Program for the Implementation of Mediation in Cases involving Children: an action program on a national level aimed at making judicial authorities better informed about the use of mediation for cases involving children.

In the inquiry stage, chaired by the Public Prosecutor, the Program for Mediation and Redress offers the following assistance:

» mediation between offender and victim conciliation and/or redress as long as the Public Prosecutor forwards the case to the mediation services. The outcome is sent to the judiciary authority to approve so that the process of mediation can be officially implemented.

» support in developing of the plan of behaviour – once judicial facts have been  verified, and provided there is an easily identifiable victim, and provided basic requirements for access have been met, the program gives priority to the use of mediation. The commitments made throught mediation are put in to the plan of behaviour, which is sent to the court and on that bais the judicial authority may decide upon the suspension of other judicial remedies.

In both cases, access to the mediation process depends on verification of the fact that  basic requirements on the  minor and the victim are satisfied. This verification is carried out by individual interviews in which the following aspects are assessed:

» recognition by the minor of his/her participation in the alleged offence and admission of responsibility for in the damage caused;

» a commitment that they are willing and able to engage in conciliation;

» a willingness to participate in the mediation process.

» an assessment of the damages caused by the offence;

» a commitment that they are willing and able to engage in conciliation;

» a willingness to participate in the mediation process.

As stated in Recommendation Nº R (99) 19 of the Council of Europe, the assessment takes into account the differences in age, maturity or intellectual capacity to ensure the purpose of the mediation process is fully understood.

If the minor reveals a willingness to participate in mediation and to redress the damagem caused, but a process of mediation is still not possible or an agreement not reached, that  willingness is not ignored. The minor is encouraged and supported by the program to find other solutions such as community service, for example, in the form of an activity that benefits the community, or the pursuit of personal or educational training.

Finally, the Public Prosecutor may suggest the DGRS supports the minor in fulfilling  the obligations they have accepted the mediation agreement or plan of behavior. At the end of  the mediation process the attitude and discipline of the minor in fulfinlling his/her obligations is evaluated. This assessment looks at the whole process both from the perspective of the minor and the victim. Based on this assessment a report for the Public Prosecutor is prepared.

In cases in which the minor does not fulfill their commitments, the Public Prosecutor is informed and judicial proceedings may be restarted.

In the jurisdictional stage, the intervention of the mediation services visualises the attainment of a consensus as regards the educational, non-educational tutelary measure to be applied, or to the conditions for its execution. The motion to mediation in this process’s stage has had a small expression. 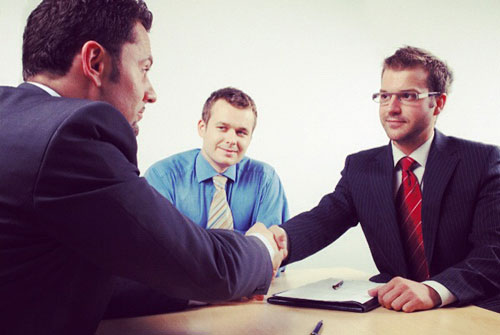 In 2005, the Ministry of Justice began preparing of a law introduce victim-offender mediation in the Portuguese legal system. The proposal was submitted to public debate and was approved by Parliament on 12 April, 2007. On 12 July of the same year Law nº21/2007 entered in to force.

This law fulfills the requirements of Article 10 of the Framework Decision of the Council of the European Union regarding the standing of victim in ciminal proceedings. This article requires Member States to implement mechanisms for mediation in their legal systems. In addition, Parliament approved three Decrees (ns.º 68-A/2008, 68-B/2008 and 68-C/2008) and a Provision (n.º 2168-A/2008) to regulate specific aspects of the mediation program.

The key features of mediation program are the following:

» mediation can be used  for offenses against persons and property which are punishable by a fine or by a prison sentences for a period not exceeding 5 years, except in cases where the victim is under 16 years old, where there is more than one perpetrator or for sexual crimes or crimes against personal liberty;

» mediation can also be requested by the victim or the offender;

» if no agreement arises from mediation with in 3 months (which can be extended for 2 additional months at the request of the mediator in cases with a strong likelihood of reaching an agreement), the mediator will inform the Public Prosecutor and legal proceedings will resume;

» the signing of a mediation amounts to a with drawal of the complaint by the victim which is not opposed by the accused. In the event the agreement is not observed by the stipulated deadline, the victim can renew the complaint within a period of one month and the inquiry stage will be re-opened;

» the agreement cannot include tasks whose fulfillment lasts longer than 6 months;

» in the mediation sessions, the victim and accused must be present and they can be accompanied by their lawyers;

» the mediation sessions are confidential and cannot be used as evidence during  criminal proceedings;

» the mediation process is free for the victim and the accused;

»  mediators must be over 25, have a suitable degree or professional experience, and be qualified as midiators from a course recognised by the Ministry of Justice;

»  mediatiors may work together with Justices of the Peace, using their logistical and organisational resources.

The bill purposely avoids being heavy handed on the specific details of mediation, leaving these to the ethical and professional judgments of the mediators themselves.