What is victim-offender mediation? It is, firstly, a process, i.e., a set of sequential acts organized to achieve a particular purpose. This process allows the victim to meet the offender in the presence of an impartial third party – the mediator or facilitator. Both participants express their points of view and feelings about the crime: the victim has the opportunity to confront the offender with the impact of his/her act; the offender, in turn, has the opportunity to, before the victim, take responsibility for his/her conduct and understand the harm it caused. In addition, victim and offender have the possibility to work together in a plan for restoring or repairing the harm caused, a plan that is fair and adequate to that specific case.

» willingness of the participants;

» impartiality and neutrality of the mediator;

» confidentiality of the process.

The role of the mediator is not to impose an agreement between the participants, but to promote the interaction between the victim and the offender so that each one can assume an active role in the construction of a fair solution for both.

The typical structure of a mediation process comprises four stages:

» the entity responsible for the selection of cases sends each specific case to the mediation services;

» the participants meet and, in the presence of the mediator, present their version of the facts, express their feelings and emotions and try to agree on the nature and extent of the harm so they can identify the necessary steps towards reparation – this is the actual mediation session (or sessions);

» the entity responsible for monitoring the agreement checks whether it is carried out.

It should be noted that there is an important distinction between direct and indirect mediation: in direct mediation, victim and offender effectively meet, “face-to-face”; in indirect mediation that does not happen, the contact between them takes place through an intermediary – the mediator -, who will verbally transmit messages between them, or will deliver letter or audio/video statements. However, even if direct mediation is more in line with the principles and characteristics of restorative justice and has proved, in practice, to be more efficient and satisfactory, it is no less true that indirect mediation has been profusely (mainly in some cases) used. This is because there are many cases in which victim and/or offender, although willing to participate in the mediation process, do not wish to meet directly - a right emanating from their autonomy and free will -, which is accepted by the mediation entity. 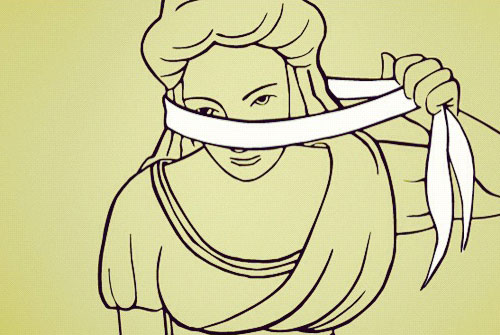 In this practice, adapted from the ancient traditions of the native people of New Zealand, the extended family and the community have a determinant role. It emerged formally in 1989 in New Zealand, with the approval of the Children, Young Persons and Their Families Act, in response to the particularly high levels of criminality among Maori, and to meet their rising dissatisfaction with the fact that the Western youth justice system was preventing them to resolve the problems of their younger members and made them hand that decision to “strangers”. This legal act determined the creation of a mechanism through which the decision on the sanction to apply is taken together by the family of the young person, the victim and the community support groups, rather than the decision being taken by the Court in collaboration with the police and the youth support services.

This practice is similar to the victim-offender mediation  but involves a wider group of people – relatives, community groups, police, social services and lawyers. It aims at demonstrating to the young offender that the community cares about him/her and ascertaining their responsibility towards the community. This connects to John Braithwaite's well-known restorative concept of reintegrative shame (by opposition to disintegrative shame or stigmatization): the offender is exposed to the censorship of the community, which denounces his/her conduct as unacceptable, but simultaneously assumes their responsibility to make every effort to reintegrate him/her (Braithwaite, 1989).

The process develops in a similar way to the victim-offender mediation already described: once the competent authority refers the case by, the facilitator will endeavour to get to know better the participants and set up, with them, the group of people that will take part in the conference, in which, after the facts are stated and the victim and offender express their emotions. This is a space for dialogue where the other participants can also intervene. Finally, together, they will seek to establish the agreement on the victim’s reparation.

This practice's eventual added value comes from the support network of the offender also taking responsibility for the offender complying with the established agreement and changing his/her behaviour.

This practice has been implemented with adjustments depending on the location in Australia (known as the Wagga Wagga model, after the name of the New South Wales city where it was first implemented), the USA, Canada and England and Wales. In England, conferencing services, based at the Thames Valley Police, deal with minor crimes, but in Australia it is used for less serious crimes and the facilitator is a police officer, rather than a social worker, as in New Zealand.